It took five years to get from tentative pitch to published pages, but the miracle has finally happened: my first real book Mindful Thoughts for Cyclists goes on sale this Thursday, 2 March. My sincere thanks to Monica at Leaping Hare Press for keeping my original email on file for so long, and giving me the commission I’d always dreamed of. Now the ride begins. N. 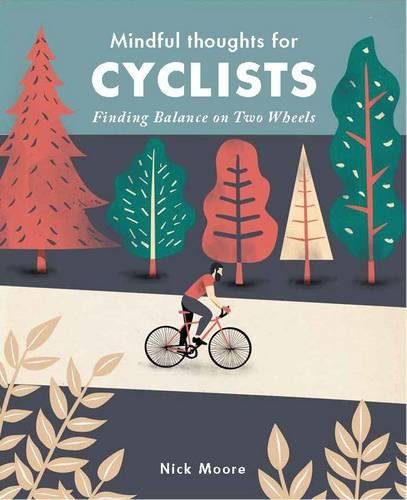 He sings for the land.
Not his by title deed
But by ancient rights
Long denied, hard-won.
And he loves it
With a depth and strength
Only centuries
Of labour, lives and deaths can breed.
The song rises in him
Like sap in springtime;
And he feels every word
Like his own heartbeat.
The land, the man and his strange words
Become one,
Like the grey fjord and the ocean
The forest and the mountain
The reindeer and the snow.
And as he sings
There is no ownership
Only belonging.

During our trip to Norway, we visited a Sami reindeer herder, Johan Isak Oskal, who is one of the most genuine, inspiring and quietly determined people I have ever met. As well as introducing us to his beautiful animals, he told us about the Sami way of life, showed us artefacts, and treated us to a joik – the traditional Sami song whose sounds and origins have much in common with the Native American chants. I can’t share it with you since he (quite rightly) asked us not to record it, explaining that the song belongs to the land; but it was extraordinarily moving and powerfuly atavistic. Do have a look at his website Tromso Arctic Reindeer – the videos have joiks as their soundtracks. N.

Bare ground frowns
A warning; reproach seethes
In the grumbling river that, in its anger,
Has hurled aside cracked slabs of dirty ice
And made its sodden banks
A desecrated graveyard.
Every unburdened birch
Points accusing fingers as we pass;
Reindeer stand like cattle,
Hemmed in by fence and flood;
While the empty roads
Hiss sinister threats
In the grey spray thrown by passing trucks.

And away in the north
The long night’s slow retreat
Brings no hopeful dawn
But a new and different darkness
We may never drive away.

Just returned from our second trip to northern Norway, which has experienced its mildest winter in (depending on who you talk to) 60, 70, perhaps even 100 years. The difference in the landscape compared to this time last year was stark and startling: I have looked climate change straight in the eye, and it is real and scary. N.

Kinda early in the day
For noodling sax
And rippling piano;
Scattered motes of hazy night
Drifting into sharp, bright morning
Like smoke under the door;
The lingering tang of scotch on the tongue.

But right on time
For the double shot
Lined up to hit me
Right between the eyes;
A jolt to the brain, still half in bed,
To shock myself
Into my best pretence of life.

And when it comes
The first clear through is not
Of what I’m here to do,
But of you, and later,
When we’re together
Long miles down the road
And all of this might finally make sense.

No day of rest
For me and the tribe:
Pinched faces streaked with filth
Like miners coming off shift;
Shining machines crusted with clay
Like implements back from the fields;
Sharp air and long labour emptying lungs,
Stealing extremities,
Flash-flooding muscles with fire.

But ask us
If we’re happy in our work
We’ll look at you blankly
Amazed that the question
Ever even entered your head.

The Sunday-morning ride is a ritual observed by cyclists the world over. With the worst of the winter (we hope) behind us, and the racing/sportive season on the horizon, the roads are starting to get a little busier than they’ve been for a while. Last week, I met a couple of dozen hardy souls, from other soloists to club-run bunches – and wherever I encountered them, they were always heading in the opposite direction to me; I didn’t overtake (or get overtaken by) a single rider in almost two hours. Strange how things work out sometimes. Maybe they knew something I didn’t…whatever you’ve got planned, have a great weekend. N.