And so it is and so it goes and so
The day goes down and down now goes the day.
And when the day goes down where does it go
To watch and wait, and will I find the way?
And this is this and that is that and there
The night comes in and in now comes the night;
And who is who and what is what and where
Are we in all of this? No sound, no sight.
But step by step and by and by it brings
A dream of then and now and yet to be;
And in that moment, suddenly all things
Are seen and comprehended perfectly.
And thus it ends and ends now thus my rhyme
Upon the brink of sleep, and edge of time.

What dream is this that comes upon me now;
Appearing out of nowhere, filled with fields
Of flowers, summer grass and grazing cows
Deep in some hidden corner of the Weald.
My younger self strolls easy, dog at heel
Along a sunken lane roofed in by trees
While overhead the broad-winged buzzard wheels
And all is as it was, and meant to be.
But on the grey horizon, dark clouds grow;
The grass bends in the breeze; and all at once
I see a hooded figure on the road
Ahead. No time to turn. No place to run.
A simple wish for one more carefree day
Now haunted by a fear that has no name.


Wanted to see if I could stick to the basic sonnet formula while mixing things up a bit, so I tried playing with the end-words, allowing myself more latitude than usual with the consonants as long as I maintained the correct vowel rhyme. Turns out that breaking one rule consistently and deliberately is actually just imposing a new one. Interesting. N.

To wander is the privilege of youth;
Explore new lands, sleep under different skies,
Run lightly through the world, uncover truth
Through work, play and the counsel of the wise.
We follow diverse paths en route to find
The true course of our lives; these are the years
To test and try; make up, then change, our mind,
When all we have to lose is sleep, and tears.
Now I am old – or old enough to know
When time’s right to retire my travelling shoes
And settle to the row that’s mine to hoe:
Take up the tools I best know how to use.
How far I’ve come to find myself back here;
My strength restored, my path and purpose clear. 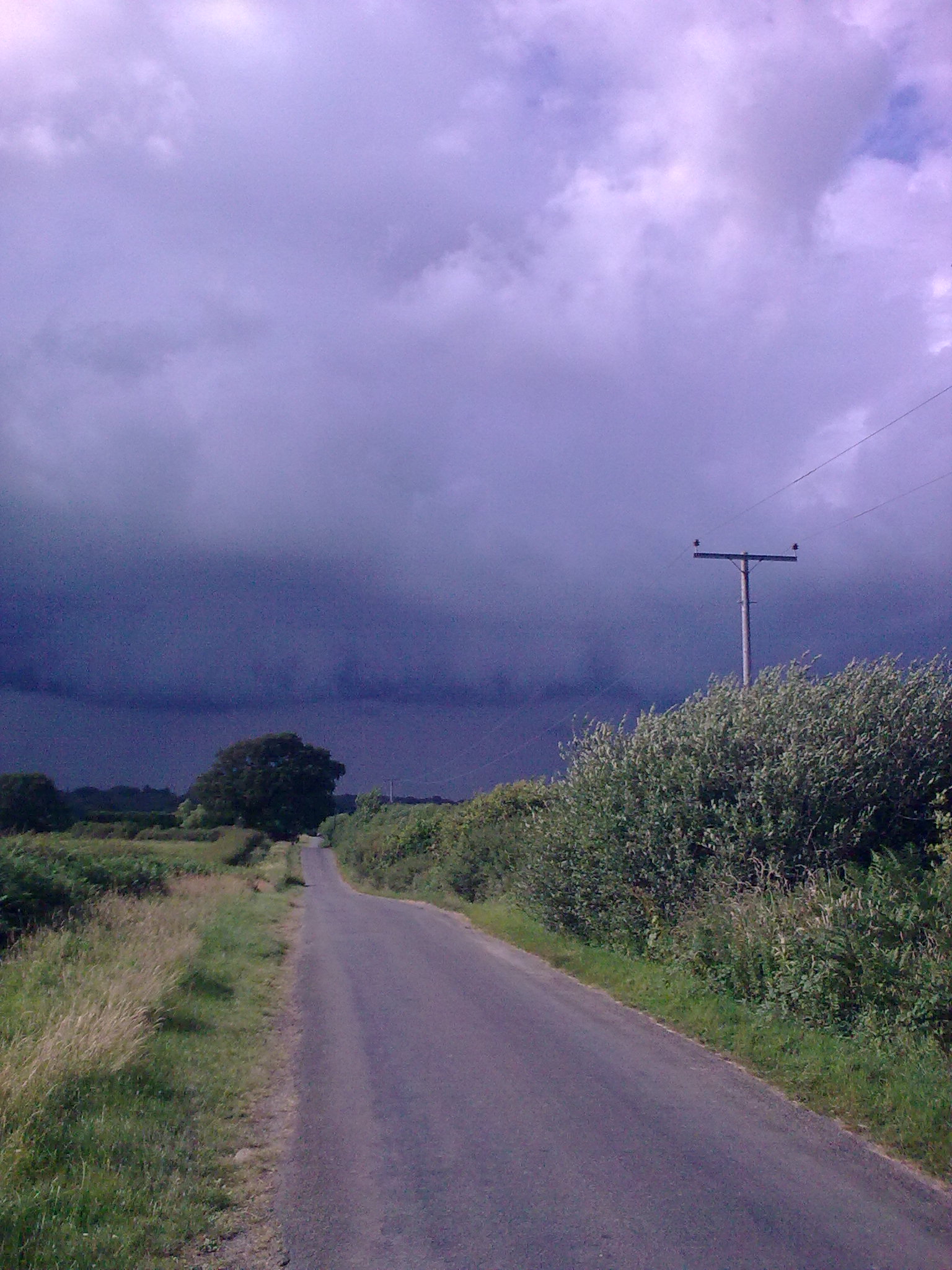 Storm gathers over Albion. The realm
Is riven and corrupted: reckless rogues
Have seized it for themselves, and sold it cheap
To unseen powers and shadows. We are lost.
Where now is Arthur, once and future king;
What of his pledge to rise again in days
Of dreadful need and peril, and return
With shining sword to save us from ourselves?
Let word go out to Avalon; a plea
For aid and comfort in these fractured times:
Shake off the sleep of centuries, and ride
To drive the rot and ruin from our land.
A land undone, of hope and truth bereft,
Where only myth and fantasy are left.

The myth of King Arthur’s messianic return to save England from dire distress first appeared in 1125AD (and it was an old tale even then) when it was set down by the Anglo-Norman historian William of Malmesbury. Despite there being no documentary, archaeological or other credible evidence that Arthur ever existed, the story and its prophecy remain potent; and if ever there was a moment when Rex quondam, rexque futurus was called for, it’s now. Plus, let’s face it: is the resurrection of a fictional 6th-Century monarch any more far-fetched, or less likely to happen, than the deluded fantasies our present so-called leaders are pursuing? N.

A too-brief day, and now the longest night
Has fallen. Turns the year, and so we stand
Out on the edge, as strangers to the light
That lately warmed our faces, hearts and land.
How carelessly we passed those long, bright days;
Beneficence we took for granted, thought
Would never end. We did not stop to gaze
In wonder on their beauty as we ought.
And now those days are all gone down. The wheel
Has slowly and inexorably rolled –
Implacable, stern, deaf to all appeal –
Down to this place of sunless, shadowed cold.
We must hold fast, though all hope seems forlorn.
The darkest hour descends before the dawn.

God knows they broke us too, back in oh-eight:
Sent years of struggle swirling down the drain;
Left short of everything but names to hate,
We railed and swore they wouldn’t win again.
We rolled our sleeves and got to work. The road
Out of the ruins left us bleeding, raw
And raging at the faceless few who showed
Contempt for us and all that we’d strived for.
But who speaks for us now? We will not stand
With those who serve themselves alone; nor raise
Our banner with the mob who’d cut our land
Adrift. What light for us in these dark days?
We have no voice, no power to decide
Our fate. On our watch, truth and reason died.

We’re seemingly having Brexit forced upon us here: across the Atlantic, our American friends now face the prospect of a POTUS few ever thought possible. For those of us getting by as best we can, neither May’s ‘sneering metropolitan elite’ nor Trump’s (justifiably) angry ranks of the ignored, marginalised and truly left-behind, these are troubling times indeed. And what’s more, it looks as though it’s all our fault. N.

I have not stepped onto the dock
From the sea-swept deck
Of an Atlantic trawler
After a frozen, fearful night
Hauling nets from the jealous depths
Watching each wave, wondering
If my name is written
On its foam-streaked slopes.

But sitting warm, dram in hand,
I gaze out over heaving seas unseen
I crossed to reach this friendly, well-loved shore
And weigh the journey’s labour in my limbs;
Wonder at my own good fortune
And feel again the salt sting on my face.

I drafted this in Brittany, over a well-earned drop of single malt, as a piece of free verse: when I wrote it up back home, it turned itself into this experimental kind-of-a-sonnet. Basic structure is per the Shakespearean original (14 lines, octet/volta/sestet) but I’ve dispensed with iambic pentameter and rhyme. Thoughts? N.

I walked the woods, where Spring at last bestirred
Herself with bright abandon. All around
Bluebells and windflowers gleamed, and every bird
Rejoiced in lusty song. Then came the sound
Of angry scolding overhead: a coarse
And ragged band of brigands in full cry
As one by one, they swooped and swirled to force
The noble, broad-winged buzzard from their sky.
And thus when I, too, seek release in flight
Or silent solitude, the world’s dark woes
Rise up in loud pursuit, grant no respite
And crowd in, mobbing me like churlish crows.
How many years and miles before I find
A place to rest to my weary heart and mind?

Dare I presume to pen one word for thee,
The greatest of us all, whose works and fame
Ring round the globe? Have I audacity
Enough to dedicate lines to thy name?
The one who crowned great kings, broke lovers’ hearts,
Wrought new worlds, words and wonders on the page;
Unwound this mortal coil and all its parts,
Made us ourselves, and all the world your stage.
But dare I must; I have no other choice
As one alive in England at this hour:
Four centuries have passed, and still your voice
Compels my heart and hand. Such is your power.
Can words of mine do honour to this day?
I am no Will, but I shall find a way.

Had to write something to mark the 400th anniversary of the death of my one true hero, William Shakespeare, on 23 April. It’s a couple of days after the event, I know, but I had to summon enough courage before commemorating the ultimate sonneteer ! N.

They come in numbers now. Each new dawn brings
Another band of travellers. Steely cries
Slice through the breathless air; sharp sickle wings
Unceasing in their scything of the skies.
The sleepless nights and restless, unmapped days
Have brought them up from Africa, through Spain
And France, their single thought to feed, and raise
Their young. So much to lose, and all to gain.
Then, with the seasons’ shift, the bounty spent,
An urge strong as the force that drew them here
Will send them south once more. The sky we lent
Them handed back, they’ll mass and disappear.
Come one, come all, and welcome; for we know
That when the great wheel turns again, you’ll go.

A lot of talk here and across Europe at the moment about the migration crisis. Meanwhile, the swifts have arrived and are happily helping themselves to our high-altitude insects. It struck me that we actively look for and welcome migrant birds, like swifts and fieldfares, as symbols of the seasons, yet regard people arriving on our shores having fled war, poverty and persecution as a threat. It’s also telling that both swifts and people are coming here from roughly the same places, by similar routes, and for the same reasons. I guess if I had any answers to offer, I wouldn’t be sitting here now. N.