These are my terms. I am. Have always been.
Foundation of all things; bones of the earth.
No number for the ages I have seen;
To ancient fires and ice I owe my birth.
I suffer you to stumble up my slopes
To brave my bogs and burns, my sudden squalls.
I will indulge the crampons, axes, ropes
With which you arm yourself to storm my walls.

But I will not assist or lend you aid
When storm clouds break upon you and the snow
Screams in. You own the choices you have made;
I stand impartial, neither friend nor foe.
And when the wind and wet conspire to tear
Your trembling fingers from their fragile hold
I do not weep, rejoice, laugh or despair;
Dispassionate, I watch events unfold.

And should you overcome all things, succeed
And stand upon my peak in victory
I offer no opinion on the deed:
Your gain and loss are all the same to me.
I have no truth, no answers. You will find
Them in yourself alone. I am the place
Where you may dare the darkness in your mind
And meet your strengths and frailties face to face.

All things must pass; and yet I shall endure.
The world may change, but I will always be.
When doubt and chaos reign, I still stand sure.
When truth is hard to find, remember me.

For Burns Night: inspired by our trip to the Scottish Highlands last year. Scotland’s mountains aren’t high by world standards but they’re rugged, remote and can be tricky to navigate; combine that with their notoriously fickle, often brutal weather and they’re definitely not to be trifled with. The image shows Ben Loyal, a magnificent Munro in the far north: the title is Scots Gaelic for ‘the great mountain’. 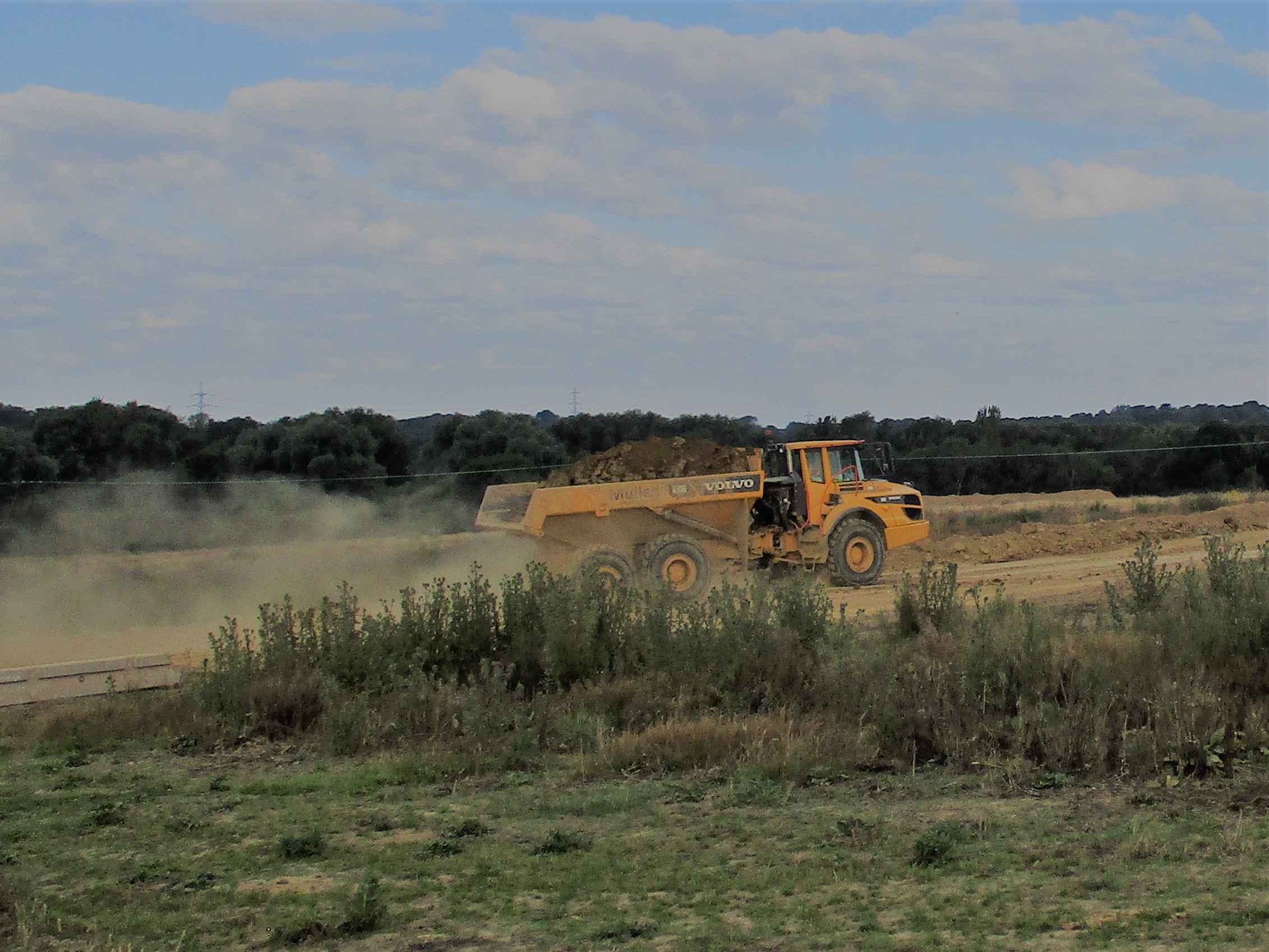 I cannot stop you tearing up the land;
Turn back the clock or stay your heedless hand;
No word of mine can still your crushing wheels;
My flesh and bone no match for your cold steel.

But what I can, I’ll do. And so I lay
This charm upon you and your deeds this day.

In every vehicle that you blithely ride
Let spiders big as saucers now reside;
And in the cabin where you take your rest
Bid hordes of wicked hornets build their nest.

Then let it rain and churn the clay to mire
To grab and grip and clog each helpless tyre;
And when the cries of rook-bands fill the air
May you hear mocking laughter everywhere.

Now let this doom hang heavy round your necks;
A right reward for him who rips and wrecks
Without regard or care. My rhyme is done.
But not the charm. Its work has just begun.

A long road and a hard road lies ahead:

A Paris-Roubaix of the mind, a Ronde
Van Vlaanderen of the soul; all cobbles, mud,
Flat tyres and fractured frames; an Arenberg
To test the strongest limbs and stoutest heart.
A new Enfer du Nord that we must ride
For mile on bruising mile through choking dust
And bitter headwinds, with no victory lap
Or trophies waiting for us at its end.


I fear I do not have the legs for this;
Long miles and years have left me unprepared
In mind and body for this coming hell;
The broom-wagon is waiting on my wheel.

But tell me, then, what else I could have done:
I’ve ridden hard and clean and held my line
According to the code. I could not know
The commissaires themselves would shred the rules.

And so we wait now for the flag to drop;
Not knowing where to go, or when we’ll stop. 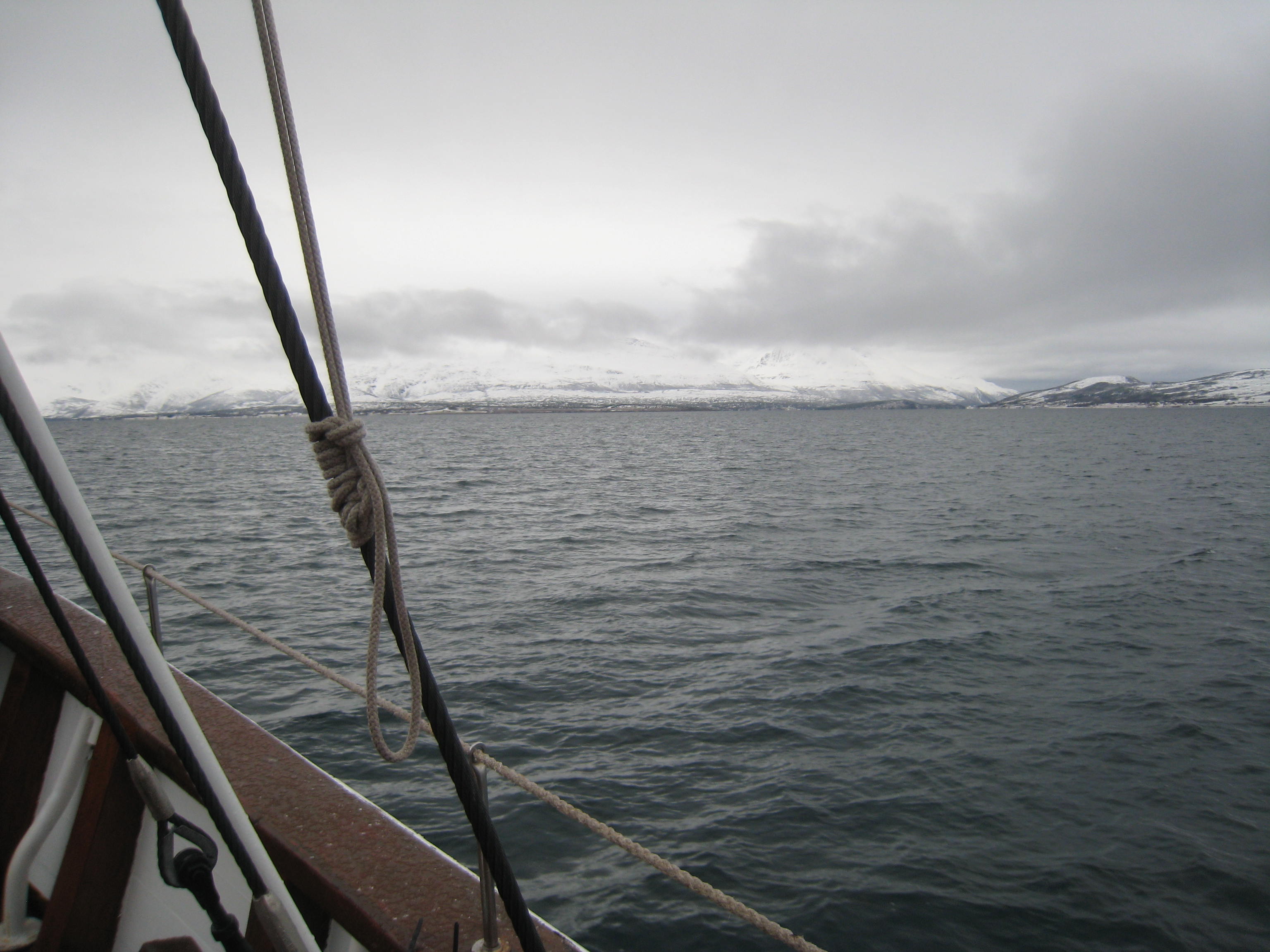 Build me a ship; bid it bear me away
Beneath a broad white sail, across the sea
To some far distant island with no name,
Then burn it on the strand, and let the wind
Swirl high the ashes, leave no trace behind.

No grief nor hesitation; I would leave
Soon as the tide allowed and not look back,
But will my vessel onward with all speed;
Or else condemn myself to live confined
By phantom walls weak, frightened men defined.

What fools
We were to think
The First would be the last:
Now April’s lunacy lives on
In May.

The flag
Will lose its blue
And then the red will fade
Till all we’ll have to hoist will be
The white.

Perhaps
When all of this
Is done we will look back
And say that it was right, and good.
Some hope.

Come back
You Viking hordes,
Dread knights of Normandy:
Your swords would wound less deeply than
These cuts.

So. Now
A Grendel stalks
Our land. Come, Beowulf:
Rise from the page and save us from
Ourselves.

With local elections this Thursday, and the hideous spectre of next month’s general election haunting the nation, I decided to cheer myself up with another round of cinquains, aimed at what now passes for democracy in these isles. Pleased to report that I’m feeling much better. As Sir Thomas More astutely noted: ‘The devil…that proud spirit…cannot endure to be mocked.’ N.

The train bursts from the city, racing down
Towards the warm coast. Every mile that flies
By, blurred in grimy glass, helps exorcise
The weary ghosts that stalk me in that town:
Of lives I might have lived; what could have been
Were I a different man, or had not seen

The blood and filth that stain the golden crown.
Was it my curse or cure to realise
My own way ran through woods, beneath wide skies
In open fields, by winding lanes? I’ve thrown
That switch now, taken my own track: I’ll stay
True to it, follow it to come what may.

Days pass. I am forgetting all I knew
About myself. What certainties I’d gained,
Such habits that had once seemed so ingrained,
Are lost and sanded out.
So much to do,
So many varied parts a man must play;
His gaze is ever outward.
Till one day
He looks within and sees the life that grew
And blossomed in him overthrown, disdained
As fanciful and foolish. All is grey
And blurred. And though I have retained
A face I faintly recognise, my true
Self seems to shrug, and slowly walk away.

Too long I’ve sat in silence in this cell.
Come, guards, unlock the door: it’s way past time
To step into the searchlight beam and tell
The truth, confess the catalogue of crime
I have committed in the name of duty:
Twisted my mother tongue, made her a liar,
Robbed her at gunpoint of her strength and beauty,
Stripped her of virtue, put her up for hire.
I just did as they told me; but excuses
Rehearsed through time unmeasured will not clean
The slate, absolve me of my vile abuses;
My fingerprints still dot the dreadful scene.
Pray God, the Queen and Shakespeare may forgive:
The humble English poet has to live
And find a way, according to his lights,
To hold to truth, yet set aside his joy
In craft and meaning; bend his back to plough
A barren soil; and wonder as he writes
What fear compels his masters to employ
So many words to say so little now.

In the middle of a long work jag, hence not much to see here lately. I’m working on some big corporate projects, which is death by a thousand clichés, but a man has to live. And whatever torments I visit on our long-suffering language in the name of making a buck, it’s nothing to what the suits get up to if left to themselves…
As so often, I’m indebted to Tom Davis for the impetus behind this poem – my first attempt at a tailed sonnet. The sonnet itself is, of course, your basic Shakespearean (a creature of habit, I) but with a few feminine endings sneaked in by way of variety. The coda is a simple abcabc, which may not be right, but I had to start somewhere! I like the couplet ending on the Shakespearean sonnet – it has the satisfying feel of a heavy door slamming shut when you finally get it – but I found the tail gave an opportunity to keep exploring, take ideas a bit further, and finish in a more contemplative mood. It’s not perfect, but right now, I’m just happy to be writing. N.

He sits in silence, rosining his bow.
Another night, another town to play.
His whole world held together by those strings –
Four lifelines, or four hangman’s ropes. The time
Ticks on. Not long now. In his mind, the tunes
Wait patiently in line, as actors stand

Behind the curtain for their cue. He’ll stand
On stage, exposed, with nothing but his bow
His father’s fiddle and his store of tunes
To offer them. They’ve come to hear him play
Tonight; paid money, given up their time
To witness wonders woven out of strings

Old wood and horsehair. Hardened by the strings
His fingers flex and fidget. Who can stand
This waiting to go on? He feels the time
Run slow as syrup from a spoon. The bow
Lies on a table, tightened up to play.
He shuts his eyes, leans back, and lets the tunes

Run loose around his head. He’s known these tunes
Forever. Since his fingers felt the strings
That first time, age of six, he’s learned to play
Them in his sleep. No metronome, no stand,
No printed sheet: they handed him the bow
And fiddle, then stepped back. A little time

Was all it took. He breathes, drifts out of time
And that green room, and dreams. He’s playing tunes
Unheard, unwritten. Now the ragged bow
Become a lightning bolt, and from the strings
It strikes sparks and blue fire – and there they stand:
A thousand bright musicians, set to play

Along with him. They nod. He does not play
Alone: with every note he’s keeping time
With everyone who every dared to stand
And entertain the rest. He exhales, tunes
The fiddle one last time, and in the strings
Feels magic stir. He smiles. Picks up the bow.

Each one must play his part, give out his tunes
Till comes the time when we must cut all strings
And, silent, stand to take our final bow.

Decided it was high time to have another crack at the sestina – and what fun it was (no, really). This was inspired by the beautiful tune of the same name by the American genius Mark O’Connor: you’ll find it on his album ‘America On Strings’. I was also thinking about my daughter, who’s playing the ‘Meditation’ from Thais by Massanet as a solo at her school concert tomorrow night. She’s completely relaxed about the whole thing, but I’m nervous as all hell! N.

From fragrant fields of lavender, a vast
Forbidding blade of blasted, sun-bleached stone
Rears like a thunderhead. It stands alone,
Inviting bold adventurers to cast
Their caution to its endless winds. Its past
Is littered with their shattered hopes; it’s shown
No mercy, done no favours, idly blown
Careers, looked on as legends breathed their last.
And come July, when hard-limbed men again
Face agonies of hunger, heat and thirst
Upon its slopes in search of victory,
How many will remember through the pain:
For all their training and technology,
It was a poet reached the summit first.

I consider myself still in training with the Petrarchan sonnet. For this workout, I picked the formidable climb of Mont Ventoux, the 6,000-foot mountain in southern France made famous by the Tour, and notorious by the amphetamine-stoked demise of British favourite Tom Simpson in 1967. But the ‘Giant of Provence’ seemed a doubly appropriate subject for this form: the first recorded ascent was made in 1336 by none other than Petrarch himself. He, of course, did it on foot: I’ve never attempted the climb, but I suspect I’d end up walking, too. N.